Give Up Your Ghosts With Mutch Katsonga’s The Ghost Years

Sometimes our simplest wishes can be the most difficult to attain.The Ghost Years is jarring and brutally honest, from it's immersive beginning right through to it's startling, unpredictable conclusion. It's a young man's attempt to pick up the pieces and start over after a devastating, life- changing event, only to be presented with greater obstacles than he could ever have envisioned. He is taken to unimaginable places, both physically and mentally. How much control does he really have over his fate? The Ghost Years goes deep beneath the surface through unflinching plot twists and hauntingly poetic prose.

“Do you know what it is to never leave your bed but never know rest?” In The Ghost Years, Mutch Katsonga tackles mental illness, grief, coping, drug addiction, love and lost love, and family all wrapped in a very psychological novel told from first person point of view. I’m going to break things up for clarity’s sake.  🙂

Loss and the following grief…

…can wreck your entire life and not everyone recovers. We follow one man’s story from a life-ending event and on as he, and others in his life adjust to it and try to deal with it. Though the story focuses on him, we see through his eyes how his family is affected by grief and witness the process of dying before you stop breathing.

Just that annoying little mental illness that sucks all of the joy out of his family, ruins their lives, and comes with a heavy side of anxiety. Though, in this story we do not see our main character develop strong skills to learn how to cope in a healthy way, we do experience how his depression and hopelessness bind together to help him get through the days.

Felt that quote way down deep in my little dark soul.

There is some elegant thought-provoking language.

One of the old people at the retirement center says, “…It’s so that I may see dreams more clearly,” when asked why he wears his glasses to bed. Of course, that makes no sense as you don’t use your eyes to see dreams, but it sounds lovely and gives you pause.

Though there is some beautiful parallelism even so early in the book, there are a few instances where there’s a little bit too much repetition. This is my biggest Issue with this book, And this repetition also applies to word choice. Some words pop up too often.

“She longed to adopt his despair for her own.”

Some of this dialogue is dry and factual, which, when I got to this point in the book (about 75% in) where I started feeling this way, I was surprised by this given how language had been used throughout. There became too many parts where the narrator was telling all of the story and the dialogue was not holding up to its previous standard of being engaging or really adding any depth to the story at all. It was simply there in order for us to know that other characters have been informed of events that occurred in the story.

I am a big fan of dark humor. We get some giggly tidbits like, “Working with the elderly was never part of my long term goals, I assure you, and after only two months, I was starting to feel a morbid kinship with the residents,” which I would’ve loved to see more of. This theme of aging and death could’ve been woven throughout the story, especially since it is in first person so we get an inside view of the narrator’s thoughts. Also, given the drug use and the dangerous lifestyle of the narrator, death really could’ve been expected at any time. I will underline that there is a running spirit of hopelessness, but it doesn’t have quite the same flavor of the dark humor…probably because he didn’t think it was funny at the time.

“I must do as you say? I must straighten up? I must…settle down? I must fit in? I must…be a man? But is this not the very anti-thesis of ‘being a man’? This….spineless, uninspired, gray, drab, sickeningly meek, meaningless existence I must aspire to.”

Some very sticky stuff in here and a running theme throughout the story where we get to hear the author experience homelessness and drug addiction which he says “stifles your emotional growth, pixelates your memories and obliterates your personal identity.”

“No one is born a monster.”

“I want God to pick me.” There are quite a few very relatable quotes throughout The Ghost Years that really make you think about your place in the world and though I myself have forsaken Christianity, I still took a long pause when I came across that quote.

Ah… this nagged me. His wife just “happens” and then the marriage is over with and she doesn’t pop up anymore. Thought there would be more there. She does get mentioned a few more times throughout the story, but when I started this book, I had the vibe that it would be about love, which it was, just not about the romantic kind.

Other Criticisms…in no particular order

We’ve been in this “flashback” most of the book now. The problem I find with it is we are introduced to the character in the present day, and then we go back in time to his childhood to see how he ended up this way, but for the next quarter or so of the story we get a play by play of everything that happened leading up so where we started in this book. It’s not what I was expecting, though it does add some depth to the character.

We really don’t need quotes around the slang. We know it’s slang. This is hardly different from those very annoying people who do air quotes when they use slang in regular life. Also, why are we bleeping the profanity in the book? It’s really not necessary and is kind of distracting.

A lot of this story is feeling more like a lesson than a novel. On that note… What is the point of taking up all of this space with irrelevant stories inside of this book? I would like to understand that those stories were told 2 show an important lesson, but they don’t feel good in the story and just add more fluff.

This was kind of a cathartic, mind-twisting story… speaking of the twists in this book… There are some real fucking surprises that occurred around things that could be expected and a story about drug abuse and redemption.

I was reading thinking, Why are you telling us all of this just to pick back up at you leaving the hospital? I understand that this story is in first person, but the narrator is wordy, says the same things repeatedly in a different way, and also goes back through parts in the story that we’ve already read and experienced instead of advancing the plot. That being said, this could’ve been a shorter, tighter more effective story.

Weeds, a hopeless man who abuses drugs, is going straight to hell. He made me mad as all fuck. Won’t tell you why, because spoilers. But I guess that’s the point of a story, to get you emotionally involved, and despite all that I’ve said, I did feel connected to the journey presented in The Ghost Years.

The story could be strengthened by elaborating on some really great themes and fleshing out some of the events of the novel and cutting back on the narrator’s inner-dialogue, but, all-in-all, it is an enjoyable read that gives you something to really think about. 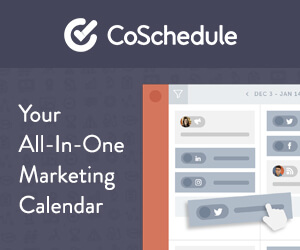